This week, I continued my exercise program, making the trip from Insch to Fyvie to the north. My three-greats-grandmother, Jane Cooper, once lived in Fyvie, according to the 1851 Census of Scotland. She lived there with her husband (my three-greats-grandfather), John, an older man named George (84 years old) who may have been her husband’s father (and my four-greats-grandfather), and eight children, at least some of whom were hers.

As I cycled north from Insch towards Fyvie, I saw lots of sheep, which made me think of spinning.

And, as I thought of spinning, what should I see but a windmill farm, all of the blades spinning.

Then, since spinning makes me think of balls of wool, I loved seeing these ‘balls’ (bales) of hay.

Next time I cycle (spinning), I should reach Fyvie.

My best to all of you! 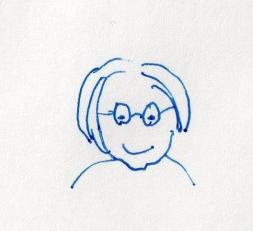