I haven’t posted to this site in a long time, but I have, to me, interesting news about my health and weight. I recently weighed myself after a long absence from the scales. In August 2021, I weighed 223 pounds. On December 31, 2021, four months later, I weighed 214, a loss of 9 pounds. If you read other posts in this blog, you will find that I have had a life-long problem with weight. I last weighed 214 in 1980 when I was 26 years old.

So how did I lose this weight? I have continued my efforts to lose weight but I have also had a number of health problems that have contributed to the weight loss. In April, I was diagnosed with a cancer associated with the salivary gland. The prognosis for this type of cancer is good, so I began treatment by having the gland and associated lump removed. Then, to reduce the likelihood of recurrence even further, I underwent five weeks of radiation therapy.

During the radiation, I was monitored closely by my team since undesirable weight loss is sometimes a result of the treatment. By the end of the treatment, in August, I had lost only 2 pounds. For the first time in my life, they clapped when I did not lose weight.

However, since then, a couple of results of the loss of a salivary gland have contributed to my eating less. First, my taste was strange for a short time, perhaps two months, after the radiation treatments ended. I still have problems with the taste of cold sweet things, removing popsicles and ice cream from my diet. Second, I have lost my appetite, perhaps also a result of the lower saliva. Working with food to prepare it has become a distasteful activity and my husband says I eat only a small amount compared to past days.

Weight loss can be bad for someone my age, especially if the loss is of muscle rather than fat. I definitely have some muscle loss due to a lot of sitting around in the hospital during my treatments. When I came home, for example, I noticed climbing stairs was no longer easy. I am happy with the weight loss since less weight will help my diabetes and my arthritis, but I have to take steps now to improve my muscle status.

For this reason, I have recommenced my program of stationary biking. I did a lot of stationary biking from 2015 to 2018, but then I became involved in other uses of my time. My goal now is to do 15 minutes of stationary cycling every second day until it becomes a little easier for me. Then I can consider increasing the time or frequency.

For that reason, I will start to post my experience with the biking. Being accountable helps me realize my exercise goals.

Until next time, take care of yourself!

For years scale-watching was the only way I measured how I was doing with respect to diet and weight loss. Weighing myself helps monitor progress in the long-term.  The problem with the scale? It does not measure progress on a daily or hourly basis – the scale fluctuates depending on water retention, how recently you have eaten, how much fluid you have ingested, and how recently you have gotten rid of wastes.

There are other ways to keep track of progress – percent body fat, body measurements such as waist circumference, and so on. These each have their merits, but are still not tools for assessing how I’m doing ‘right now’.

The ‘scale’ I like for assessing progress throughout the day is one that tells me if I am staying ‘on track’.

This is a simple scale to help me acknowledge how well I am considering my health and wellness at any time during the day. Without a scale for assessment, I find I just ignore or forget what I am doing, find a way to justify my actions at a particular moment or say ‘I’ll do that tomorrow’.

This is my scale for self-talk:

1: on track: eating well and exercising as I planned

2: straying from path: sitting here is not getting me anywhere; choosing to eat that food, in that quantity, will slow my progress

instruction – get back on track, no excuses

3: not on track: overeating, not exercising

instruction – stop, think, adjustment required right now, get back on track, no excuses.

Self talk occurs anyway. Providing a measurement for where I am, right now, helps me stay objective about how I am doing. And helps me decide what to do next. A ‘1’ is great, a ‘2’ or ‘3’ means change is needed.

All people do not face the same wellness issues.  The scale above could be modified for any health regimen. For example, I can apply it to my knees and arthritis issues, modifying the scale to include stretching exercises and walking. 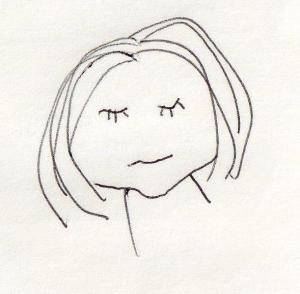 Well, two weeks into my new wellness challenge, I have lost two pounds.  This makes me happy because loosing the weight slowly is the best way to allow my habits and body to adjust.  My morning blood glucose readings have also been great for these two weeks, always less than 8.0 .

I attribute my loss to limiting my evening eating.  Instead of sitting, watching TV and making trips to the kitchen every five minutes, I have focussed on making small lap quilts.  These are easy to handle, quick to do and the finished quilt helps me stay warm on a cold evening.

I think this works to curb my evening eating because:

My quilt-making would not win any prizes.  As you can see below, my stitches are quite irregular.  But it ‘works for me’ and the result is quite durable.  I start with a small fleece baby blanket (30″ by 36″) and sew small patches on one side, using top stitching.  Then I add a backing and sew the layers together with more stitching.  By the time a quilt is bound, it has taken about 5 evenings or 15 hours. 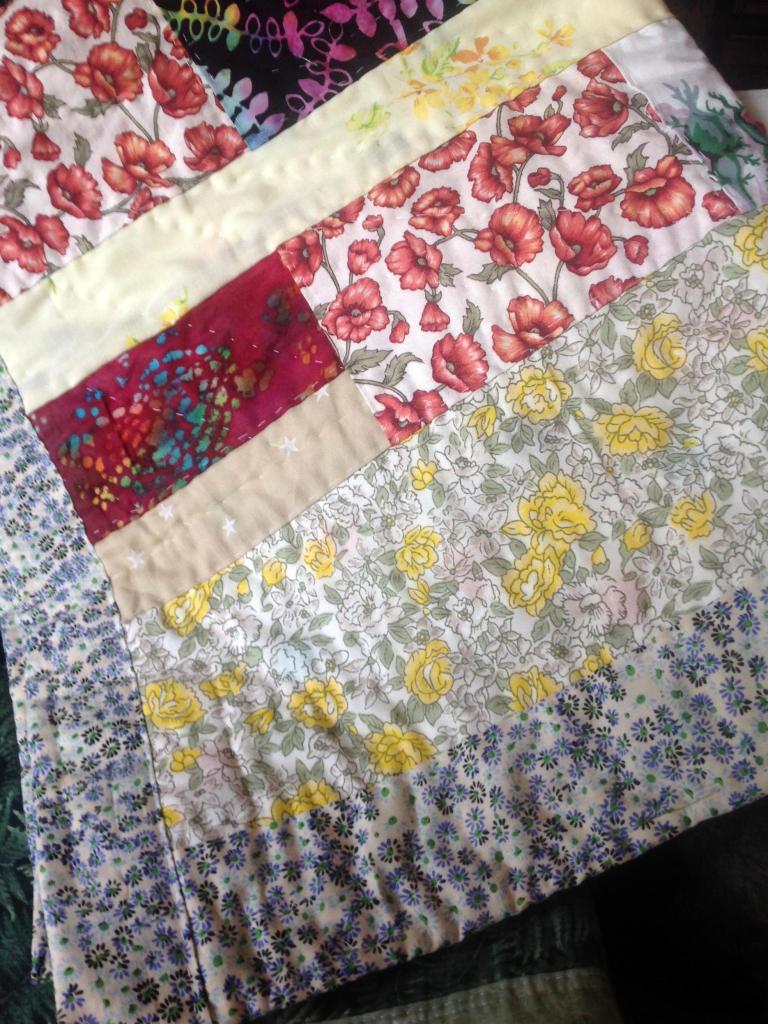 A year ago, I decided that losing one pound per week over the next year would be a good goal. After all, one pound per week is not so hard. Right??? Right.
~
Although setting a goal was a good thing, I may have been unrealistic in my expectations. When it comes to weight loss, one year is a big chunk to tackle. I have read that aiming for a 5-10% loss of weight may be a more realistic, attainable goal.
~
So, my new long term goal is to aim to lose 5% of my weight during the next three months. That would be 13 pounds.
~
To do this, I will do the following:
1. reduce the amount of fat in my diet and eat more fruit and vegetables
2. keep track of my daily eating and exercise using MyFitnessPal http://www.myfitnesspal.com/
3. keep up my routine of morning stretches and stationary cycling
4. reward myself for progress
5. weigh myself once per week (Wednesday) and report my progress here (see Weight tab above)
~ 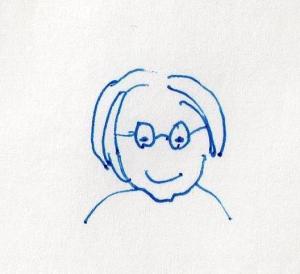 My long-term goal is to lose 52 pounds by November 23 of this year.  One pound a week.  That didn’t sound too strenuous.

Well, after over six weeks, I have lost one pound.  One pound.  I couldn’t squeeze even another quarter pound from that highly-accurate, uncompromising scale of mine.

When I set my one pound per week goal, I knew it might be difficult.  It is certainly harder to lose weight at 59 than it was at 29.  I can remember losing 10 pounds in one week when I was in my 30s (mostly water, of course, and it didn’t stay gone).

I did not gain over Christmas, in spite of the constant presence of temptation, and I did allow myself many, many, many treats (many). 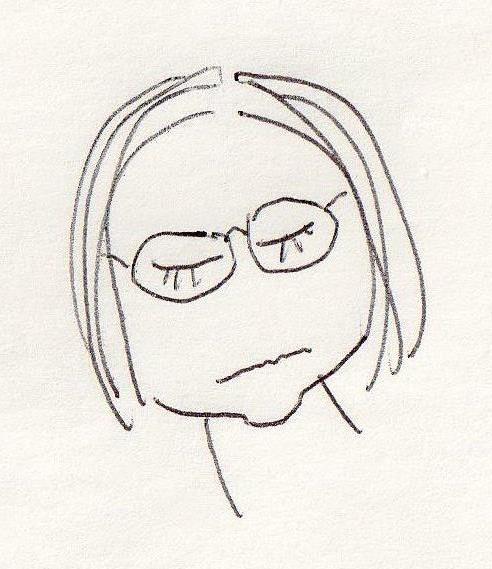 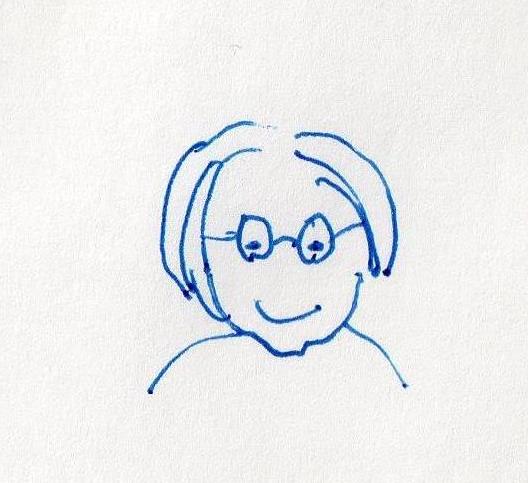 It has been 25 days since I made a commitment to try and improve my wellness and to lose some weight.

So far, I have lost one pound and worked to improve my eating habits and the frequency of my exercise.  I have not achieved the magnificent weight loss I intended.

On paper, losing weight seems so easy.  Set a goal, describe a behavior to change ….  substantial weight loss is only a pen stroke away.

Then the excuses begin.  It is Christmas time and eating is part of the celebration.  Those cookies look so delicious.  And they have sprinkles!  A taste of chocolate would feel really good right now.  It is too cold outside to walk.  I need to watch this program on TV.  I will begin again tomorrow.

I will always have excuses.  However I have made some changes for the better and I need to focus on maintaining these.  I have been drinking more fluids. I have brought my evening eating under control most of the time.  I did not over-indulge at the parties I have attended.

What I have not done is reduce my caloric intake to match my metabolic requirements.  Calories in, calories out.

When I went to the dietician, she said increasing my metabolism would occur if I:

If I look at my goals, both short and long-term, they are designed to help increase my metabolism.  All I have to do is keep working to reach them.  So easy on paper.

I have kept track of my weight over the years.  Because of various attempts at weight loss, I have excellent records especially in the early part of various years.  Like many people, I often begin my weight loss efforts in January!  Beginning in 1976, when I was 22 years  old, this is a graph of my weight through the years.

When I was married in 1980, I weighed 182 pounds.  The significant weight gain in 1983 is a result of my pregnancy.  Afterwards I lost some weight, but I continued to gain during stressful years at work until I gained back all of my baby weight by 1997.  In 1999, I began going to a dietician and lost about 40 pounds.  Since then, I have hovered around 250.  Every downward blip in the graph from 2000 to 2013 represents an attempt to lose weight, either on my own or with help.  In 2011, for example, I went briefly down to 235 as a result of going to Weight Watchers.  The gain in the last two years is since I retired.

When I look at these figures, I wonder about the value of all the struggles over the years to lose a pound.  If I had not bothered at all, would I weigh a ton?  I also realise how many times I have lost the same 5 pounds.  I see that my best success has been with help.  Perhaps I’ll give the dietician a call and make an appointment… 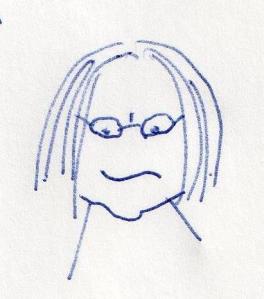 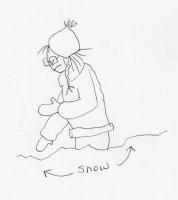 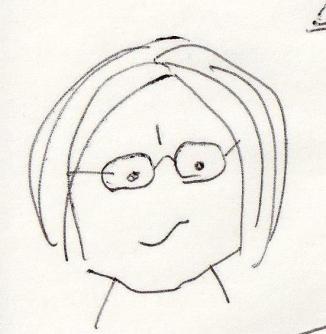